As long as commerce has existed, advertisement has been a necessary companion of all traders and companies to spotlight their products in the market.

Over time a key element of product strategy has been to compare what product A offers (for similar use, feature and / or application) with what product B provides, highlighting by contrast the benefits of a trademark and usually called “Comparative advertisement.”

In Argentina, comparative advertising is permitted,as long as no third party rights are infringed and no confusion is generated for consumers.

It is important to note that comparative advertising is not regulated by one rule in Argentina.  On the contrary,it is regulated by a plurality of rules that must be taken into consideration in order to avoid potential claims by competitors.

But what kind of claims or conflicts can develop in using comparative advertisement as a marketing strategy? The conflict can stem from the veracity of the message transmitted to consumers or the denigration or discredit of competitors’s products and trademarks.

This means that when the comparison is made using false or unconfirmed information, it could be considered as misleading advertising. This situation violates not only the consumer´s rights but … 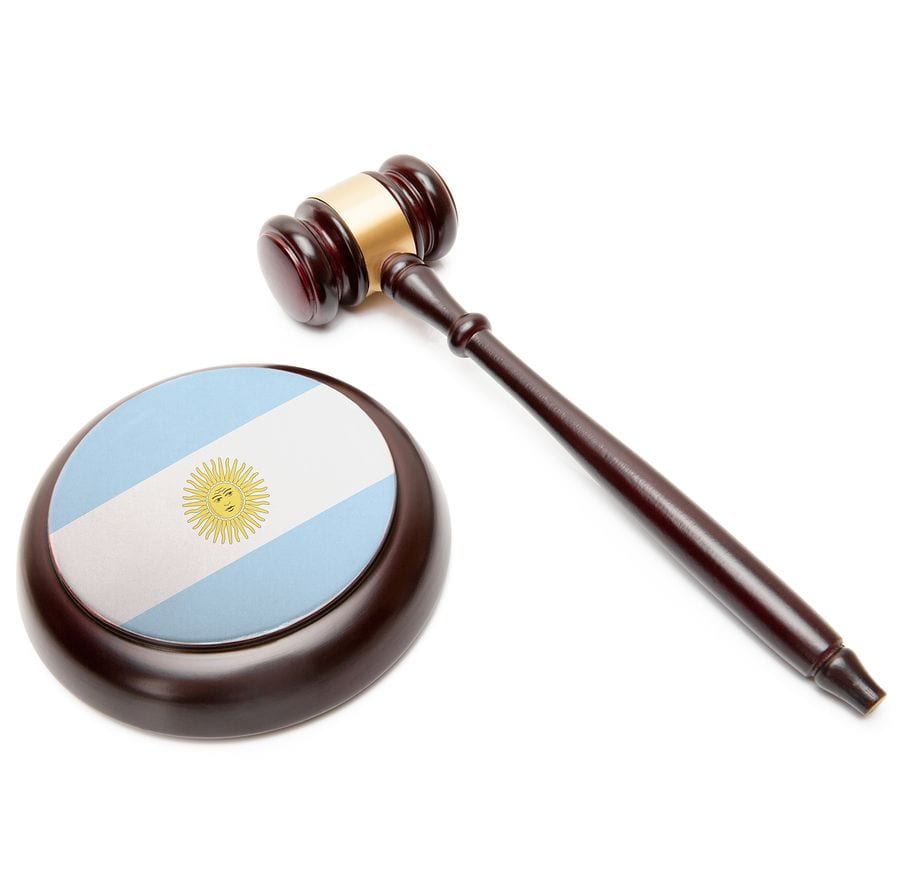 The registration of license agreements before Industrial Property Offices has different effects around the world. In many countries, this registration is required in order to grant the agreement of effectiveness against third parties. In order to prove the use of a trademark in a cancellation action by a local distributor, the agreement must be registered.

In Argentina, this registration, however, is not required in order to prove the existence of the agreement. Of course, it does give a date as of which we can be sure that said agreement was valid and in full effect, but this is not required.

What is the advantage of registering a license agreement before the IP Office, then? Is it really worth going through a procedure such as the registration?It is, at least from a purely economic point of view. The Argentinian law grants the registrant of a license agreement a significant tax exemption. Article 93 of the local Income Tax Law foresees an exemption of either 60 or 80% of what is paid for said tax, depending on what is licensed. This can be a considerable amount.

Below, a short list of what can be registered, as the law has …

Stalking will be a crime

The Supreme Court of Argentina ruled that spying on Facebook, email and the cell phone contacts is a federal crime. The decision came out of a dispute between two courts (in the case of a woman who denounced her former partner for entering in her social media account, checking her e-mails and copying the SIM of her cell phone with all the contacts. The case was brought before, the Supreme Court  to resolve the after two courts fought for this case.

Federal Judge Luis Rodríguez rejected the case because, in his opinion, “there is no interest in the case that transcends the strictly individual, or any circumstance capable of founding federal intervention.” The attorney general Eduardo Casal alleged that “the social network user and the e-mails constitute an electronic communication or computer data of restricted access, with access only possible through a means that by its own characteristics is within the services of telecommunications.” For this reason, Mr. Casal considered that these issues “are of interest to the Nation,” so its misuse is a federal crime. The Supreme Court supported the attorney general’s argument without dissent.

A similar case was solved by the Superior Court in … 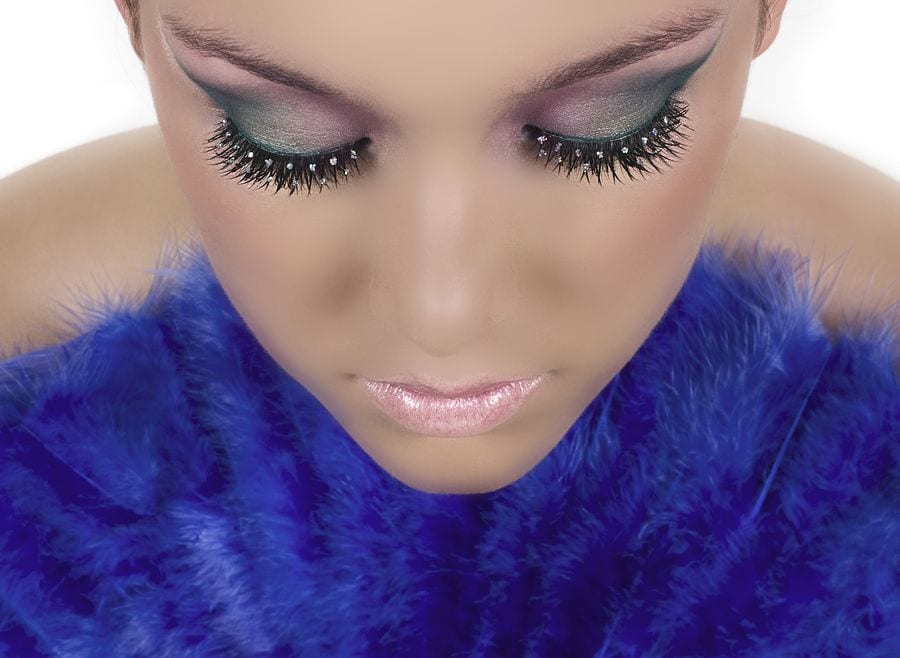 Can makeup have a copyright?

The law defines that some makeup is considered protectable work, while other makeup is an expression, excluded for various reasons: a transitory nature, lack of originality, lack of independence from another work, etc.

Makeup is a very good example of one of these conflicting expressions. While for many the line of the eye may be the great nightmare of makeup, some makeup artists create works of art worthy of a museum.

Recently, the Argentine Courts regarding a conflict between a makeup artist, the plaintiff and the director of a magazine, the defendant discussed this issue. The plaintiff filed the lawsuit against the defendant because she was hired to do makeup for models in a production for the magazine N.  Afterwards, she was invited to a parade organized by the defendant and saw catalogs, which included photos wherein it was indicated that the makeup was done made by a third person, not the plaintiff.

The claim was initially rejected with the argument that since the …

On February 5, 2018, the European Patent Office (EPO) and the National Institute of Industrial Property of Argentina (INPI) signed a Memorandum of Understanding (MoU) on the introduction of the Cooperative Patent Classification (CPC) by INPI. The MoU was signed during a meeting held between EPO President Benoît Battistelli and Argentina’s Commerce Secretary Miguel Braun in Buenos Aires to discuss recent developments in patents and innovation and the cooperation between the two regions in this field. According to the MoU, INPI will start classifying its publications with the CPC by January 2019.

The CPC, which was launched by the EPO and the USPTO in January 2013, is now considered the new global standard for refined patent classification. It is already in use, or will soon be used, by 26 patent offices around the world. Argentina has joined other Latin American countries, including Mexico, Brazil and Chile, in the adoption of the CPC.

At the meeting, progress was discussed on other joint projects laid out in a MoU on bilateral co-operation signed by the EPO and INPI in May 2017. This agreement covers areas such as access to information, sharing data and tools, improved patent procedures, and …

by moeller8 May, 2018 Argentina0 comments

On January 11, 2018, Presidential Decree No. 27/2018, which introduces many amendments were made to the Argentinian Trademarks, Patents and Industrial Designs Laws, was published in the Argentinian Official Gazette (Link to the official publication: https://www.boletinoficial.gob.ar/#!DetalleNorma/177429/20180111).

The main modifications are in connection to the following:

The corresponding conferences, which took place every Tuesday in October, addressed the following topics:

The majority of those attending were lawyers without basic knowledge of IP matters specializing in other branches of law. Other participants included accountants, designers and other experts in their fields.

Due to positive response of the participants, the aforementioned attorneys were asked to repeat the series again next year in 2018.

The National Administration of Medicines, Food and Medical Technology (ANMAT), has recently detected and prohibited the commercialization and use of four make-up items from Mila Marzi´sline and Omeprazol medicine from the Immunolab laboratory.

The official statement indicated that the products involved in Mila Marzi´s line – black eyes, lip gloss, lip moisturizer and rouges – do not have registration data of the product before ANMAT.

On the other hand, according to ANMAT, the Inmunolab firm was not only commercializing “Omeprazol ILAB, rigid capsules, Certificate No. 43.165” products without the corresponding marketing authorization required by ANMAT Regulation No. 5743/2009, but also was developing activities for which it was not qualified.

It is important to highlight that it is mandatory for each product on the market to contain the registration date of the product before ANMAT. If this information is not detailed on the label or packaging of the product it is not a product duly allowed by ANMAT.

ANMAT has a strong commitment to safeguard and protect human health, ensuring that medicines, food and medical devices are available to citizens and not harmful.

To increase or not to increase? – The question has been answered

Further to our previous post in June 2017 about this matter, on July 18, 2017, the Office of the President of Argentina published in the Official Bulletin Resolution 311-E / 2017, the planned increase of official fees for intellectual property. The official fee increase will occur in two steps.  The first phase will go into effect on August 1, 2017. The second phase will go into effect on October 1, 2017.

If you would like to know exact price increase, we are currently preparing an English translation of the Resolution Annex (Table IF-2017-14791841-APN-MP).  Please send an e-mail to tara.nicoll@moellerip.com.

On the same date a second resolution, Resolution 202/2017 was published. The second resolution refers to the creation and opening of the Department Registry of Transfer of Rights of the Directorate of Technology Transfer for the processing of requests for transfers and changes of ownership on patent and utility model applications, whether these are pending or granted.

If you would like a copy of the official bulletins, (Spanish only) please send an e-mail to tara.nicoll@moellerip.com.

For further updates, please do not hesitate to contact us.

In June, the United States Trade Representative´s Office (USTR) issued an official report entitled “Special 301 Report,” which highlighted the different problems that both U.S. Government and companies experience in several countries, including Argentina.

In this regard, the USTR not only questioned resolution 283/2015 issued by the Argentine National Institute of Industrial Property (INPI) – which introduced changes in the patenting guidelines– but also made a special reference to the limitations in patent technological innovations based on living matter and substances.The project “Special 301 Report” was aimed at amending the Seed and Phytogenetic Plant Breeding Law (Law 20.247), brought to Congress by the Argentine Government, was also criticized by USTR.

The Seeds Law, which dates from 1973, contemplates that the producer can do without limitation to the private use, the figure that allows him to keep as seed part of the crop in order to return it to sow.

As Law 20.247 does not take into consideration the new productive realities, the Argentine Government’s proposal states that large producers would have to pay additional sums for three campaigns following the purchase (in terms of intellectual property) if they maintain the same crop area. Should a fourth …