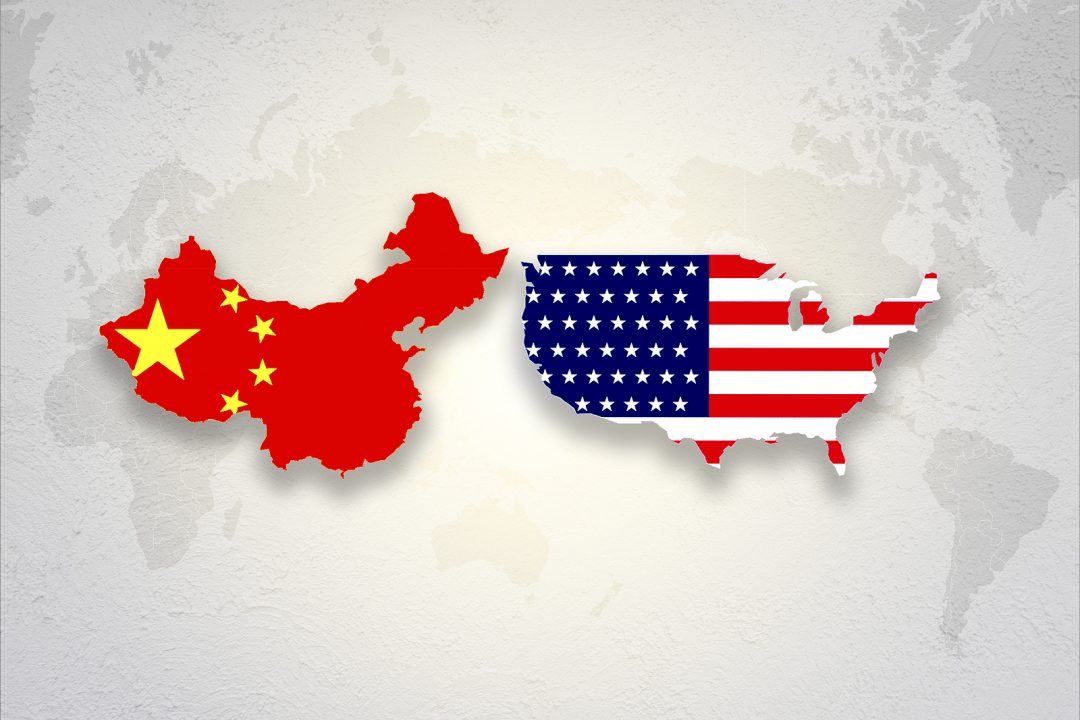 If you’re reading this article, you will have received a notification of provisional refusal by a pre-registered Chinese or American TM holder who thinks your international trademark application is infringing on their IP rights. Here, we will go over the existing procedures to go against such a notification and fight to protect your IP in China and the United States.

If you need help with your trademark we have a trademark attorney with years of experience who can help you.

The People’s Republic of China is not necessarily renowned for their protection of IP – in fact, more than 70% of all counterfeited goods in trade are estimated to come from China, which accounts for around 12.5% of their goods exported and 1.5% of their GDP. Nonetheless, the Chinese market is gigantic and is an obvious target for many growing companies. Fortunately, they are signatories to the Madrid Protocol and there are certain mechanisms to protect trademarks in China. The most relevant national law to be aware of is the Chinese Trademark Law, and the relevant national TM office is the Chinese National Intellectual Property Administration (CNIPA), or Chinese Trademark Office.

Regarding the procedure, once the international trademark application has been published in the WIPO International TM Gazette, any pre-existing trademark holder may file a notice of opposition within 3 months, starting from one month after the publication date. There will be a further 3-month period to submit relevant documentation.

It is of utmost importance to understand that the opposition and the response to the opposition shall be the official legal claims of both parties and shall be reviewed by the CNIPA once all documentation has been submitted. These claims should be well-drafted with a coherent structure and a strong legal basis if you are hoping to have the best chances possible to receive a favorable outcome from the Chinese Trademark Office.

We should also take note of the ex officio refusal by the Chinese Trademark Office itself, where they have 12 months to exercise their right of refusal (in some cases 18 months). In this scenario, the trademark applicant will have 15 days to respond to the notice from the date of receipt, where the application shall be returned to the adjudication board of the Chinese Trademark Office for a second review. The CNIPA will then have 9 months to review the application again and will respond to the applicant in writing, declaring their final decision.

If the applicant, either under ex officio provisional refusal or through refusal by opposition, receives a final decision that is unfavorable, they will have 30 days to appeal the decision of the Chinese Trademark Office to the national courts of China. Again, it cannot be understated, to convince a judge that the national trademark office made the wrong decision will require a strong legal argument, something which only experienced IP lawyers can be trusted to construct.

If you would like help relating to an IP matter in China, feel free to get in touch with us.

Given that the USA is home to some of the largest companies in the world, as well as being the world’s largest economy, it would be no surprise to find a growing company looking to protect their IP in the United States. The key piece of legislation to be aware of is the Trademark Act, and the relevant TM office is the US Patents and Trademarks Office (USPTO).

In the applicant’s response to the opposition, they must clearly outline the legal basis for their claim as to why their trademark should be accepted. As stressed previously, it is essential that all arguments submitted to the Board must be based on strong, coherent legal claims – it would be highly recommended hiring an experienced IP lawyer for this.

Once the applicant has answered the opposition, the Discovery period begins, in which both parties may request and receive relevant information and documentation from the counterparty, including written interrogatories, document requests, depositions, and requests for admissions.

At the end of the discovery period, the final stages of the opposition proceedings shall begin. This entails the submission of briefs – mandatory for the opponent, optional (but recommended) for the applicant – which outline each party’s claims. If one of the parties requests an oral hearing, this shall be arranged, however, it should be noted that these hearing are of a summary nature – that is to say, no new evidence may be submitted, only a summary of both parties’ claims. It is common for judges to take advantage of these hearings to clarify aspects of the case that were not entirely clear in the briefs. Once finalized, the Board will make a decision regarding the admissibility of the international trademark application.

If unfavorable, either party may request a rehearing, reconsideration or modification of a decision within 1 month of the date of the decision. If unsuccessful, the losing party can still appeal to either the US Court of Appeals or it can request a brand-new trial in a District Court. A key difference between the two is the ability to introduce new evidence to the case – in the Court of Appeals, no new evidence or arguments may be submitted; in the District Courts, however, it is much more flexible and allows for the introduction of new evidence and arguments.

The US system for registering trademarks can oftentimes seem rather difficult, and just by looking at the law it can still seem unclear as to what path you should take. For any doubts, get in touch with us, and we would be happy to put your mind at ease. 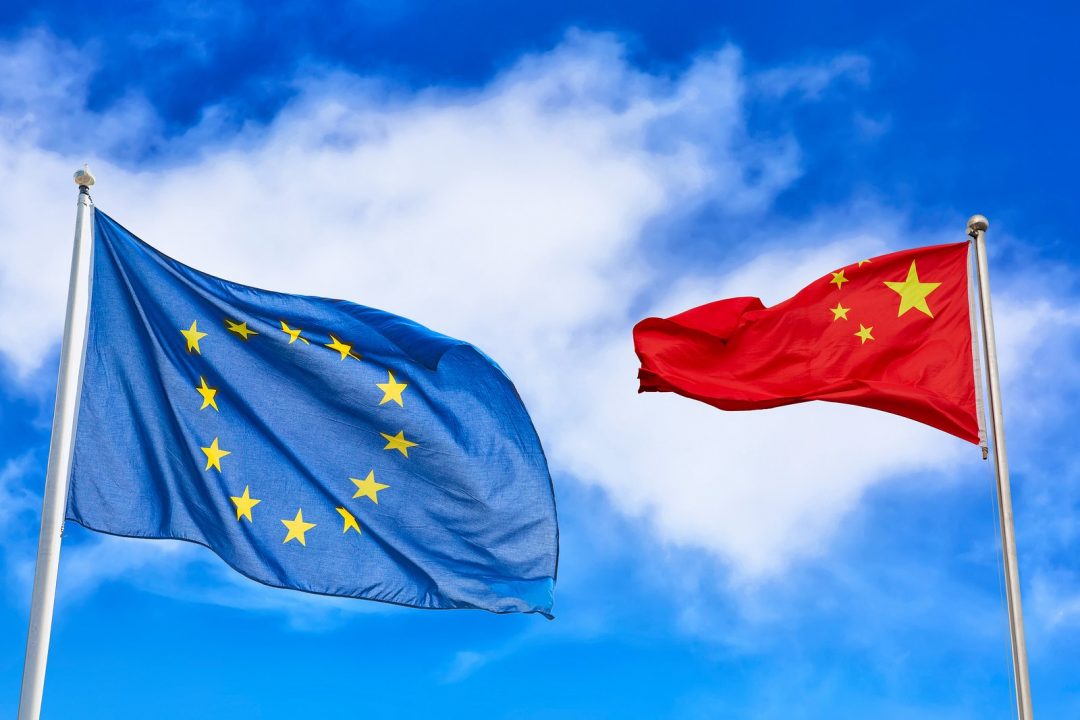 CNIPA Commissioner Dr. Shen Changyu said: “The EPO and CNIPA are comprehensive strategic partners. For more than 30 years, the two offices have maintained a long-term close co-operative relationship. The fruitful cooperation results greatly benefited users and the public both in Europe and China. The two offices reached consensus on the designation of EPO as an ISA of the PCT international patent application in English filed at the CNIPA as Receiving Office. It will further benefit PCT applicants in China and even around the world. It is also a solid step for China to further enhance its international co-operation on IP protection”.

“This is a significant step forward in our strategic co-operation with China in the area of patents,” said EPO President Campinos. “The EPO is truly honoured by this sign of trust put in its PCT products, and we are committed to delivering the best possible services to patent applicants from China and around the world. This development reflects the longstanding and close bilateral relations with CNIPA, a co-operation which benefits not only our offices, but also companies and inventors seeking to protect their inventions in international markets.”

For Chinese applicants, this step will offer an additional option to optimise their international patent strategy, especially when considering protection in Europe. As a result, Chinese users interested in accelerating the prosecution of their applications will, by selecting the EPO as their ISA, gain up to one year by entering into the European phase earlier and getting direct examination of their files, without the need for a European supplementary search.

In recent years, technology related to computer-Implemented inventions (CII) has evolved rapidly, and CII-related patent applications have increased significantly. National IP offices and patent applicants around the world face new challenges as these technologies play a larger role in other areas of innovation. In response to these challenges, CNIPA and the EPO worked together to produce a joint study outlining the similarities and differences of examination practices specific to software-related inventions. The heads of the EPO and CNIPA launched this joint report at a public IP event in Nanjing on Monday. The findings are expected to provide practical guidance to applicants about what to expect when filing CII applications at the two offices.

CNIPA received more than 1.5 million applications for invention patents in 2018. China is now the fifth most active country of origin for European patent applications, with strong growth from Chinese applicants at the EPO in recent years (+8.8% in 2018).