As a result of an investigation by the National Commission for the Defense of Competition (CNDC), the Ministry of Commerce fined the Argentine Society of Authors and Composers of Music (Sadaic) for US $ 1,567,945. The survey determined that Sadaic charged “excessive prices” on copyright fees paid by hotels and other establishments for music reproduction in hotels guest rooms.

To determine this fine, the CNDC made an international comparison of the tariffs paid for the reproduction of musical works and the result of the investigation determined that in Argentina hotels and other establishments pay between six and nine times more than the average of the reference countries.

These fees imply a fee payment for copyright for playing music in hotels. With the calculation methodology used by Sadaic, each hotel must pay the fee for having televisions in the rooms, regardless of whether the room was occupied or not and if musical works were even used.

“This measure implies an improvement in the competitiveness of the tourism sector and enables the reduction of tariffs for rights of authors and composers charged for the secondary reproduction of TV and music content in hotels,” according to the president of … 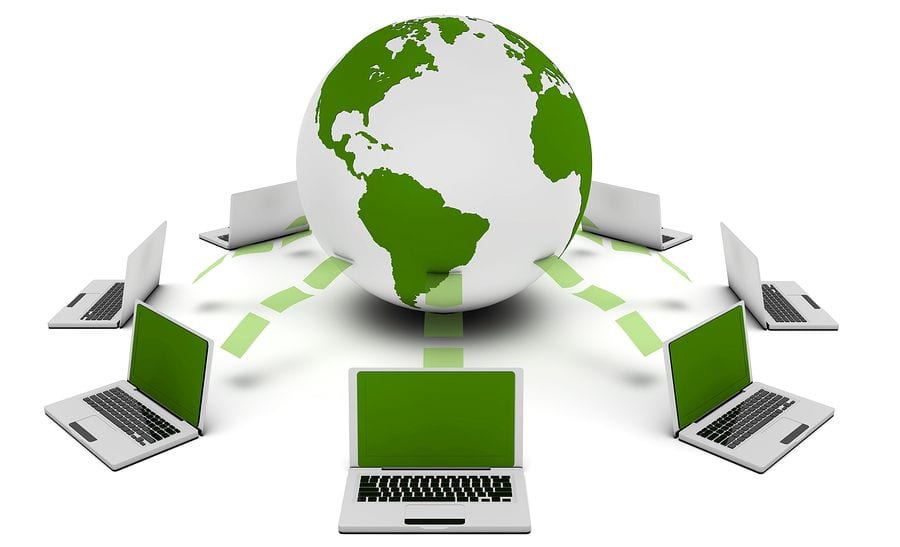 WIPO GREEN was launched on November 28, 2013 to provide an online marketplace connecting a wide variety of groups seeking shared innovation and environmentally friendly technologies to address climate change. WIPO GREEN is governed by the Advisory Board and the Secretariat under the rules laid out in the WIPO GREEN Charter.

The WIPO GREEN database and network matches owners of new technologies with individuals or companies seeking to commercialize, license or otherwise distribute a green technology. Its objective is to accelerate innovation and diffusion of green technologies and contribute to the efforts of developing countries in addressing climate change.

Among the key technologies of this century, nanotechnology raises particularly high expectations in a wide range of areas affecting daily life. Nanotechnology is a science, which operates at an extremely small scale: between 1 and 100 nanometers (1 to 100 billionths of a meter).  In fact, entities with a controlled geometrical size of at least one functional component below 100 nanometres in one or more dimensions is susceptible of making physical, chemical or biological effects in an unexpected way. At this scale interesting and potentially promising phenomena such as statistical and quantum mechanical effects become evident. Therefore, it is easy to see how manipulating matter at the atomic level could potentially lead to enormous developments.

Nanotechnology can occur in almost any area of science and engineering: it is just as relevant to biotechnologists and physicists as it is to electrical and mechanical engineers or materials scientists. The interdisciplinary nature of the field means that anyone interested in literature on nanotechnology, especially existing patent documents, struggles to retrieve it from the databases available.

For example, according to StatNano (*), a total number of 20187 patents have been published in United States Patents …

What is the Bolar exemption?
Some products, typically pharmaceutical products but also agrochemicals and medical devices, cannot be marketed without obtaining marketing approval from a competent regulatory authority, in order to prove that the product is safe and effective.

Even though the requirements for obtaining such regulatory approval differ from country to country, in general the authorization for new chemical or biological entities (innovative products) is much more complex than the authorization for a generic or biosimilar products (generic products). Whereas for innovative products, clinical tests and trials must be conducted in order to prove their safety and effectiveness, generic companies can rely on some of the tests and data submitted for the original medicinal product.

However, since it has to be proven that the generic version of the medicinal product is bioequivalent to the previously approved medicine in order to obtain a marketing authorization, a generic company will usually require the obtaining and testing of samples. Therefore, if the original medicinal product is patent protected, such production and use of the product by generic manufacturers for testing may be considered an infringement of the patent, even if they are not planning to enter the market until …

On March 8, 2018 the project IP Key Latin America was officially launched at the San Martin Palace in Buenos Aires, Argentina. IP Key Latin America is a collaborative project of partners with the goal of increasing awareness of the benefits of intellectual property. In particular, the group spotlights IP as a key to growth and job creation as well as supports increased IP protection and enforcement from Mexico to Chile and throughout the Latin American region.

Through its activities, IP Key Latin America will support international firms, especially EU enterprises, doing business in the region. These efforts will improve IP protection in LATAM, which will further encourage European companies to invest in Latin America. For European clients this means more legal certainty and quality in IP protection. By close cooperation with Latin American stakeholders and the involvement of academia, enforcement, industry and judicial authorities, the IP Key project will:

The Madrid Protocol (MP) has allowed the owners of trademark registration to protect these in several countries by a simple application before their local or regional trademark office. Of course, the original application country and the ones designated thereof must be part of the MP.

The protocol has been in force since 1996, and ever increasing numbers of countries adhere to it (see below for a list of all the signatories).

In Latin America, only Antigua and Barbuda, Colombia, Cuba and Mexico have signed on to the agreement, and consequently only these countries can be designated for the protection extension that the MP allows. It is expected that other Latin American countries will become parties to the protocol over time.

However, the new application does not grant automatic registration of the mark. In fact, it works as a whole new application, which figuratively is filed by the World Intellectual Property Office (WIPO), before the local IP authorities, on the applicant’s behalf.

Fake drugs impact so many aspects of society, it is hard to really wrap your arms around the problem. Public health, law enforcement, hospitals, drugstores and yes, even large pharma conglomerates. Pharmaceutical sales in Latin America are projected to grow nearly 12% per year through 2017. That makes it one of the most promising industries in the region.

What is the biggest problem facing pharmaceutical companies looking to capitalize on emerging markets in Latin America? No, it’s probably not underdeveloped infrastructure or under-educated health-care providers. It is most likely illicit medicine, with Chinese counterfeit drug smugglers spanning out across the world’s oceans.

Not only are fake drugs an issue for the legitimate pharmaceutical companies attempting to make inroads in Latin America, they represent a tragic public health problem. More than one million people worldwide die each year because of illicit medicine on the open market. That is moral problem and one that proper intellectual property infrastructure can help alleviate, even if just a bit.

Late in July, Colombian officials dismantled a criminal enterprise that was selling fake drugs and contraband medicine in legal markets. Some of those illicit medicines included treatments for brain tumors and HIV. …

The combination of Latin American governments modernizing their IP systems, the increase of investments of small and medium-sized economy enterprises in the region and the signing of trade related agreements all indicate that Latin America may be preparing for the adoption of the Madrid Protocol. International IP organizations have being quite active throughout the region in the sense of encouraging adoption of the Madrid Protocol by highlighting the benefits that this would entail.

The advantages stressed by INTA, for instance, in their promotion initiative include the following:

The signing of the Trans-Pacific Partnership …

On August 10, 2016, the first Anti-Piracy Convention was held in Buenos Aires, Argentina featuring several exhibitors from both public and private sectors.  At this conference, various issues affecting the LATAM multimedia industry were discussed.

The event began with a welcome address, detailing the objectives of the conference, by Sebastian Lateulade (President of TodotvMedia) and Francisco Escutia (CEO, Latin American Antipiracy and IP Consulting, LLC (LAAPIP).

Presentations included sessions on multiple topics such as status of pay television and piracy and its impacts throughout LATAM.

STATUS OF THE PAY TV IN ARGENTINA

Mr. Gennari talked about the large number of households using pirated platforms today which not only affects advertisers, producers, software developers, hardware, collective management of copyright, to the market, but also the society in general.

Many indigenous communities have started to claim IP rights over their cultural assets, such as art, music and ceremonies, as well as technical, agricultural and ecological practices and knowledge.-

Recently, the cause was initiated on the site change.org, in which the Argentinian company Las Blondas S.A., doing business as RAPSODIA, is requested to stop plagiarizing traditional aboriginal products. In this particular case, the signors of a petition claim that the “Marion Missy” blouse, included in the Fall Winter 2016 campaign, is a copy of the original design of the zapoteca community of San Antonino Castillo Velasco, Oaxaca, Mexico.

In the signors’ opinion, Rapsodia has been infringing aboriginal icons and patterns for several years, and to the petition demands the reparation of this situation, through the discontinuation of the products, or the production of them through the alleged owners of the design, paying the fair price for usage, as well as the payment of damages.

In connection to this last point, the group who initiated this complaint claim that the manufacture of these products is carried out by a cheap workforce overseas, thus seriously affecting the aboriginal community, who cannot fairly compete.

Should this petition succeed, it …