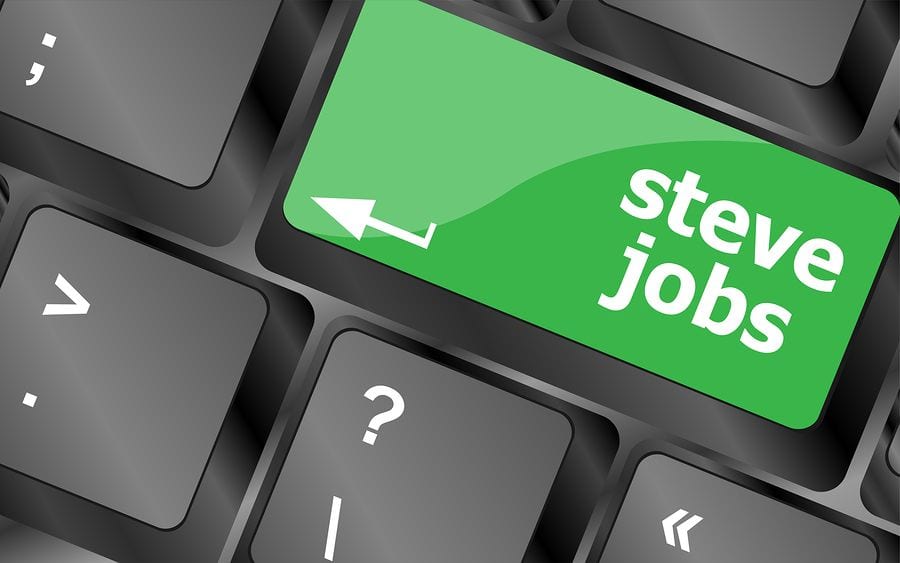 The European Union Intellectual Property Office (EUIPO) has upheld its prior decision to grant the registration of trademark STEVE JOBS, in the name of two Neapolitan brothers, Vincenzo and Giacomo Barbato.

The trademark  was not only for STEVE JOBS, but also for a stylization, and a very particular letter J, that likely reminds consumers of another company’s logotype:

The Neapolitan brothers noticed that Apple had neglected to register its founder’s name as a trademark and, unwilling to let this opportunity go by,  registered the trademark as shown above before the EUIPO (Registration No. 011041861), in International Classes 9, 18, 25, 38 and 42.

After noticing this, Apple Inc. attacked this registration before the EUIPO, arguing that the letter J was a copy of Apple Inc.’s own apple device, with a very similar leaf, and a bite taken off it, as shown here:

After years of arguments, the EUIPO ruled in favor of the Barbato brothers, arguing that letter J is not edible, and consequently there is no relation between the bitten apple of the technological company and the “bitten” J of the Italian brothers.

Consequently, the registration was sustained, and there are now clothes being sold under the STEVE JOBS trademark. The trademark owners have also indicated that they would eventually be interested in selling electronic devices with this trademark and, with the Class 9 protection, this is very likely to happen.

Unfortunately, it is impossible to foresee how a company or market will develop and these situations cannot always be avoided, but it is important to note that comprehensive planning, and to proactively protect through trademark registration those terms important to a company.

Note: Trademark STEVE JOBS was also applied for before the USPTO (Serial No. 79141888), but rejected by said institution.

What is a Provisional Refusal Opposing an International Trademark Registration and What Can I do?